Read the entire article (and the entire magazine) for free here: www.stemforwomen.com/swNOV18/ It can also be downloaded as PDF. Nice article by Peo Kjellström. They say you can’t become a prophet in your own hometown, but perhaps you actually can? After almost 10 years of racing, and 7 years of holding world records, Swedish media has discovered me. While I am a licensed private pilot both in the USA and in New Zealand, it is a bit of an exaggeration to say that I have my own airplane. I can rent one if I want to go somewhere, and Bill was building an airplane when we met, but we sold the half-built airplane and the engine to buy a race trailer. 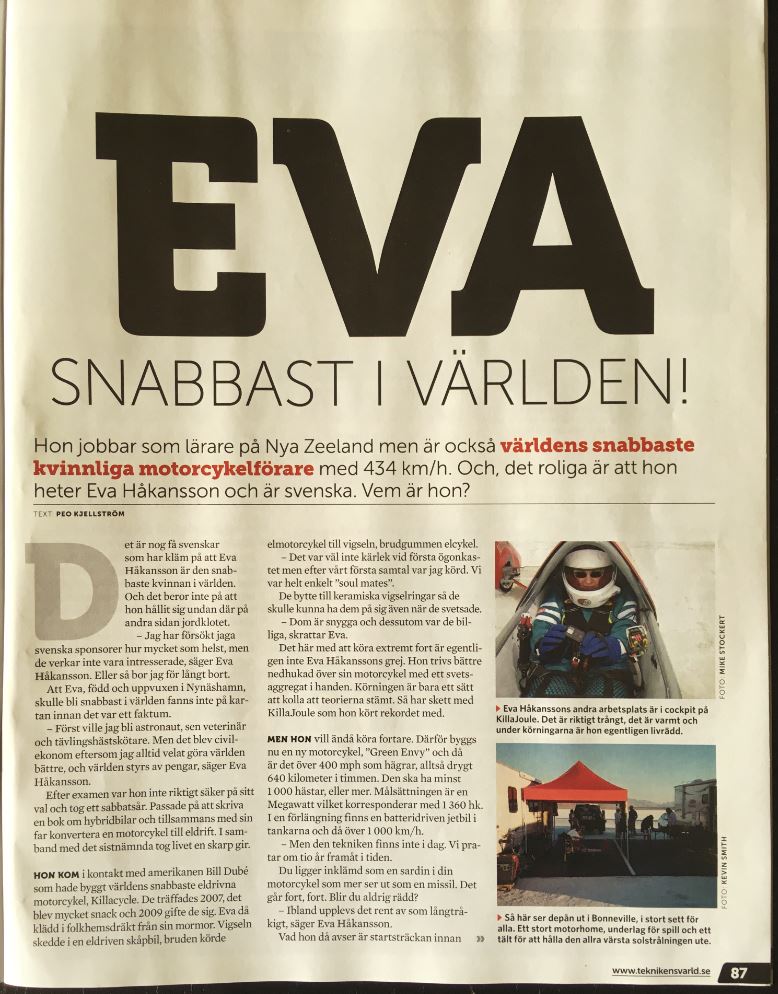 Very nice article by Roopinder Tara. He particularly enjoyed being squeezed into the KillaJoule and having the seat belts tightened until he couldn’t breath anymore. (The Eva and KillaJoule “dog-n-pony-show” includes sitting in the KillaJoule – if you are small enough… 😉 ) Read the full article HERE. 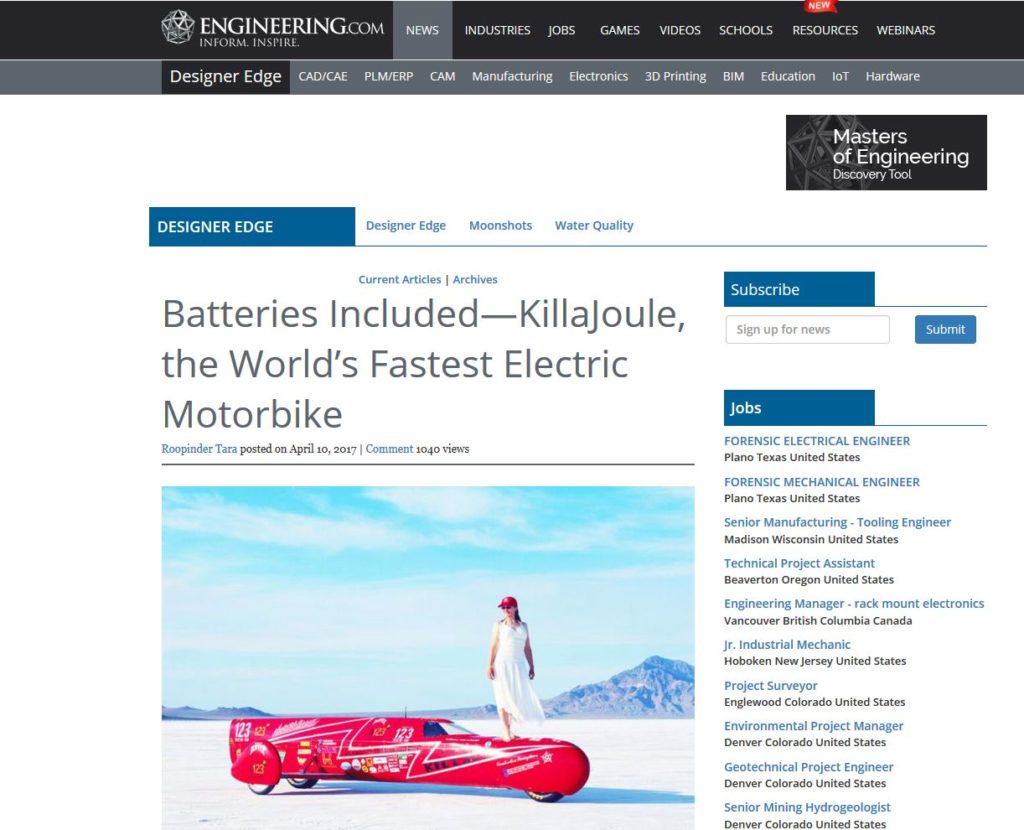 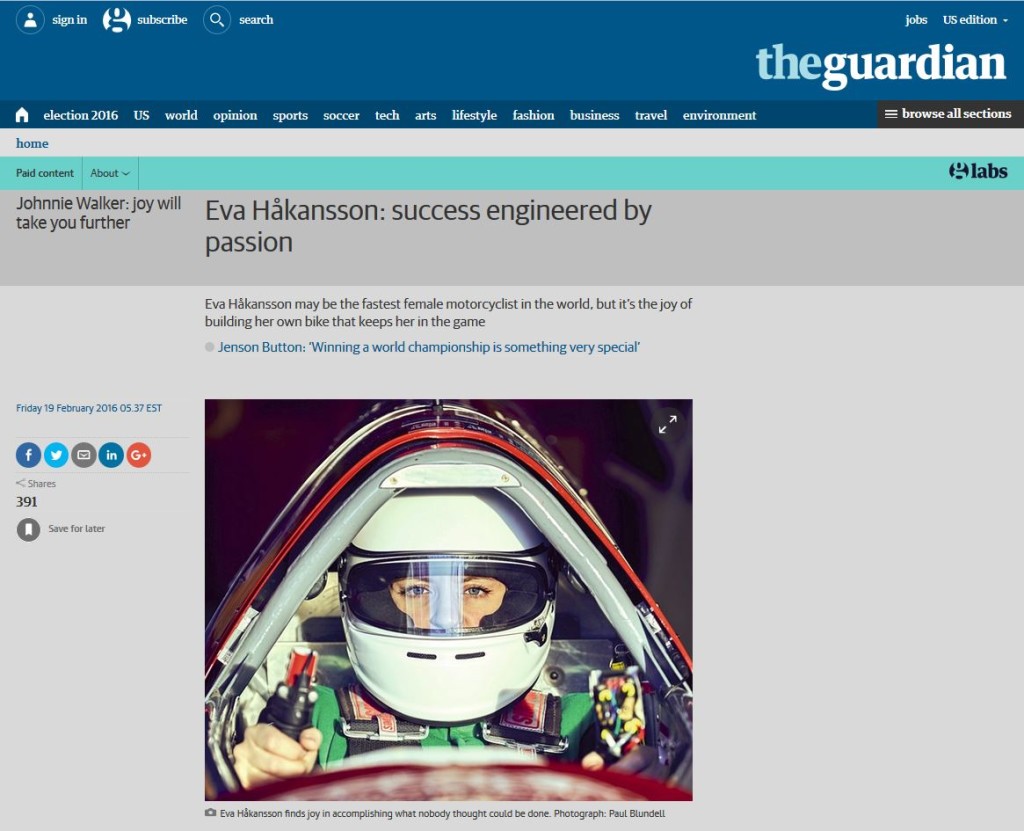 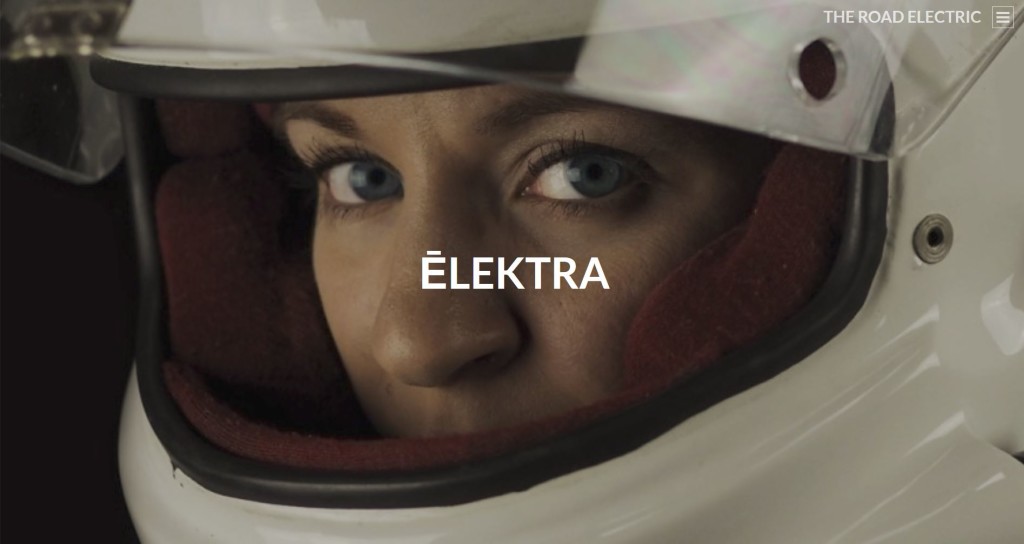 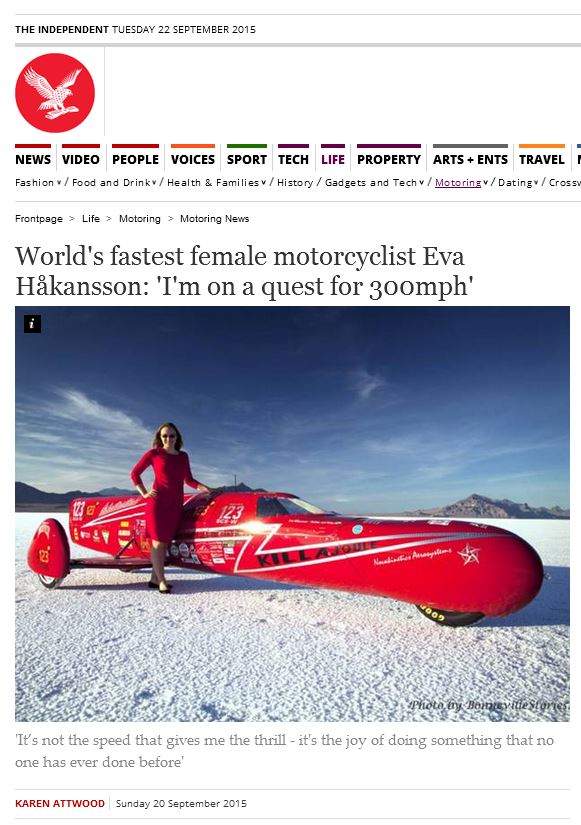 Eva and the KillaJoule is featured in episode 4/2015 “No Limits” of the popular show “Outrageous Acts of Science” (also known in the UK as “You have been warned”).
Tune in the Science Channel on TV or purchase on YouTube: https://www.youtube.com/watch?v=jec6NEk1B0M 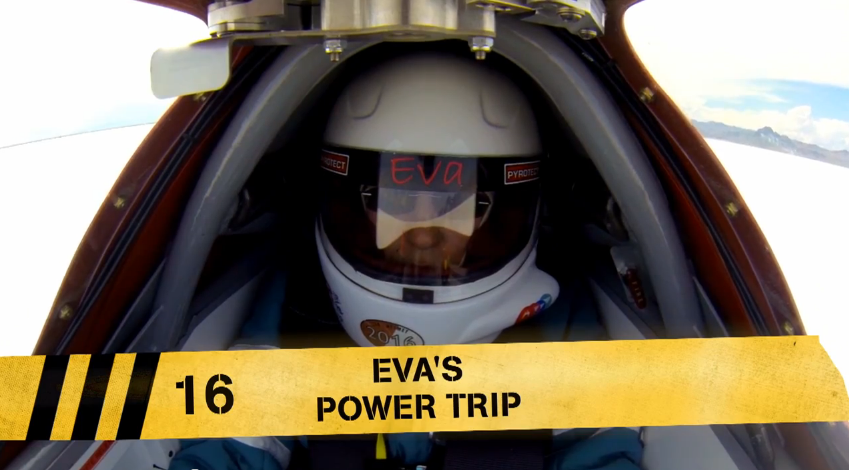 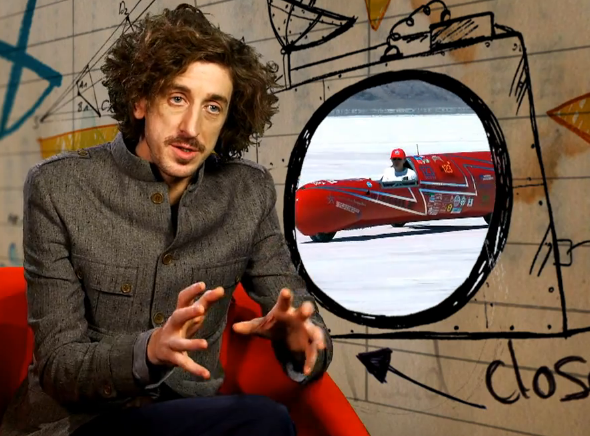 Great article by Heather Wilson with beautiful photos by Scooter Grubb in the “American Motorcyclist” magazine. The article perfectly sums up the basics of motorcycle land speed racing. Click for readable resolution.

THE NEW YORKER
“The Electric Future of Motorcycle Racing”, by Zach Zorich. January, 2015
Link to article 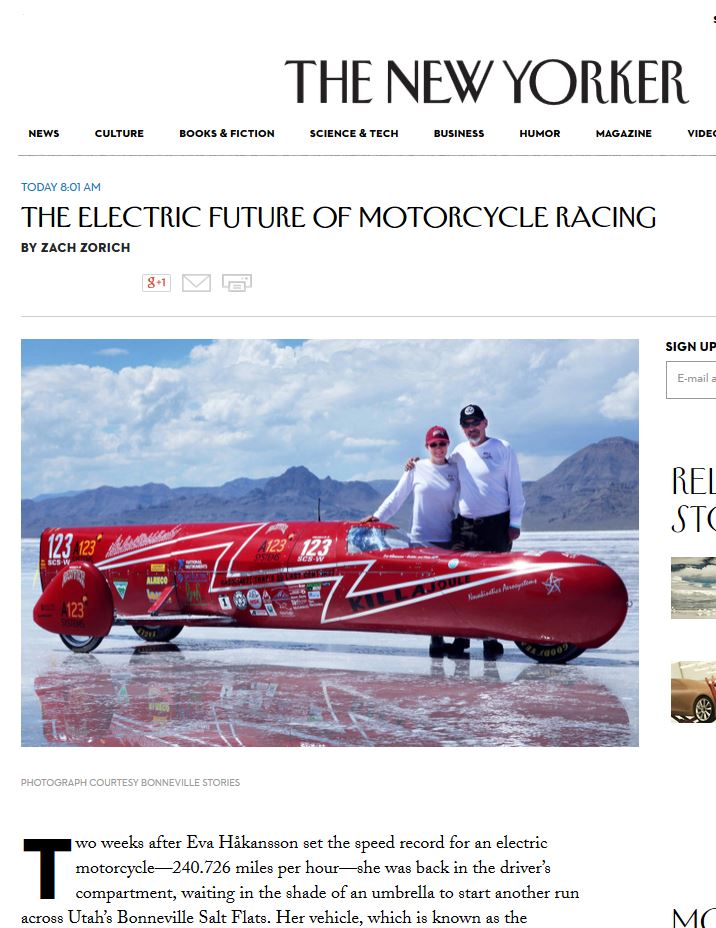 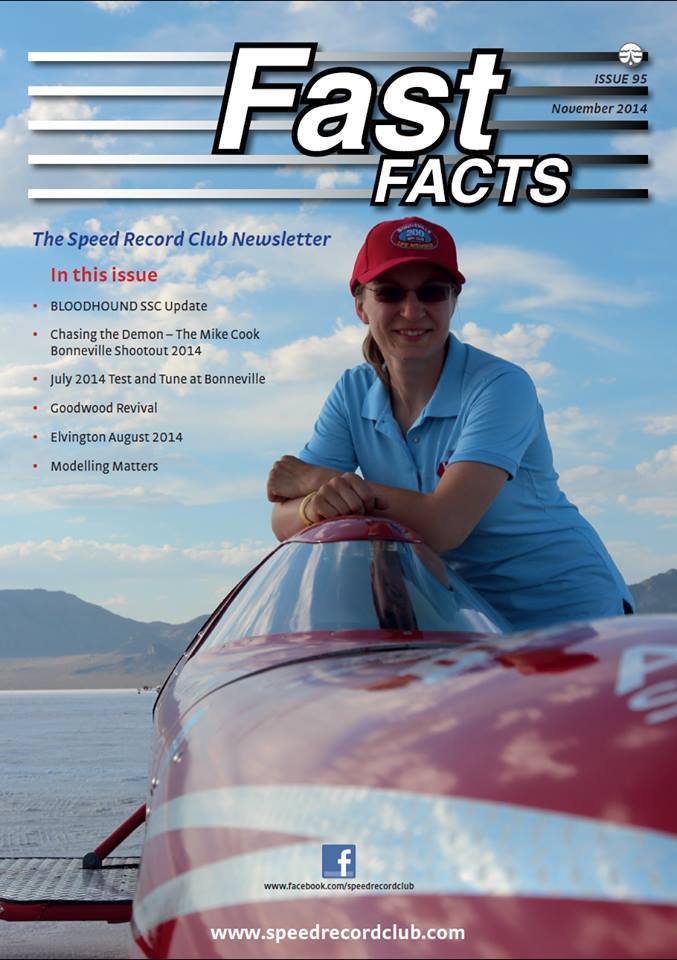 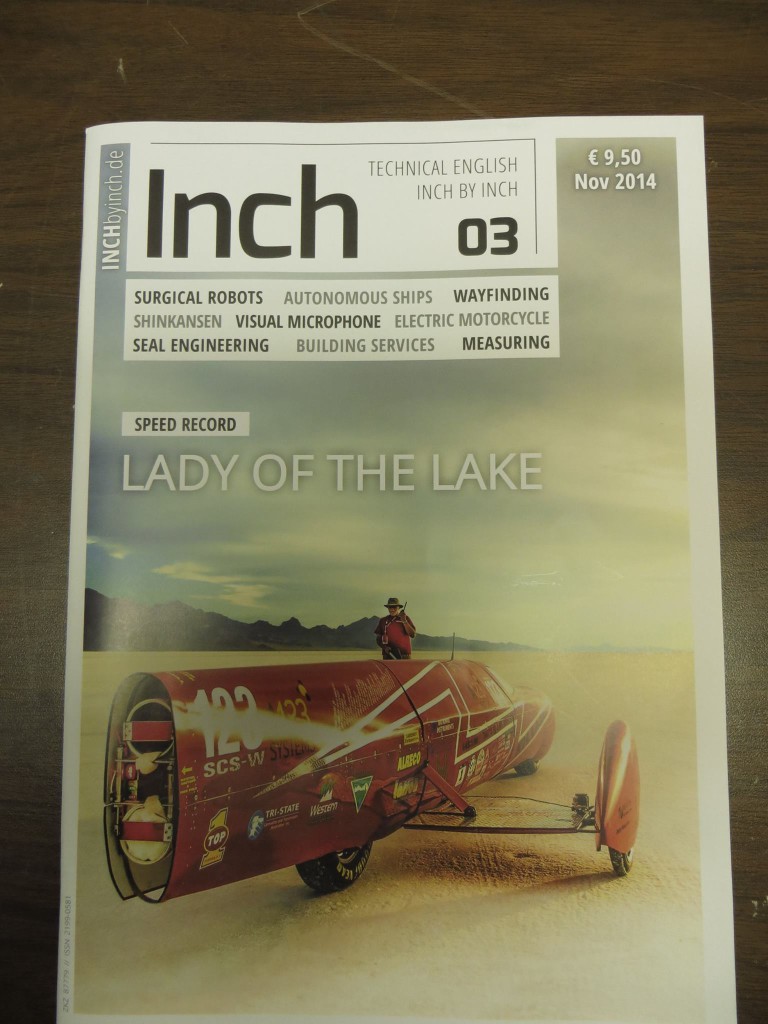 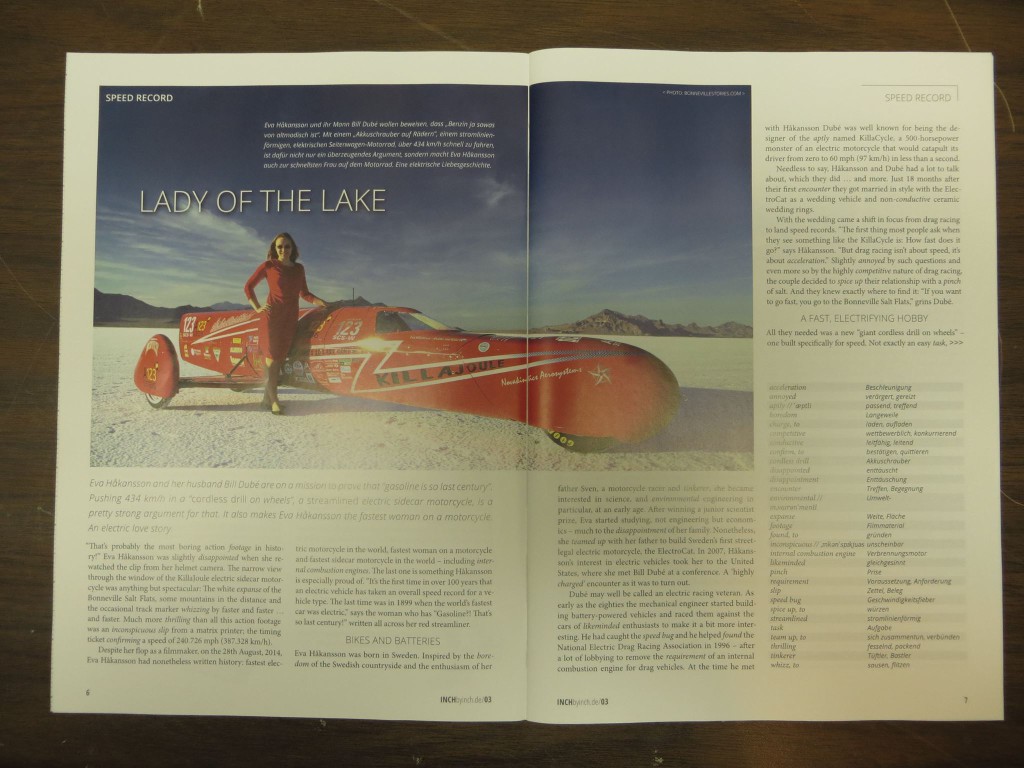 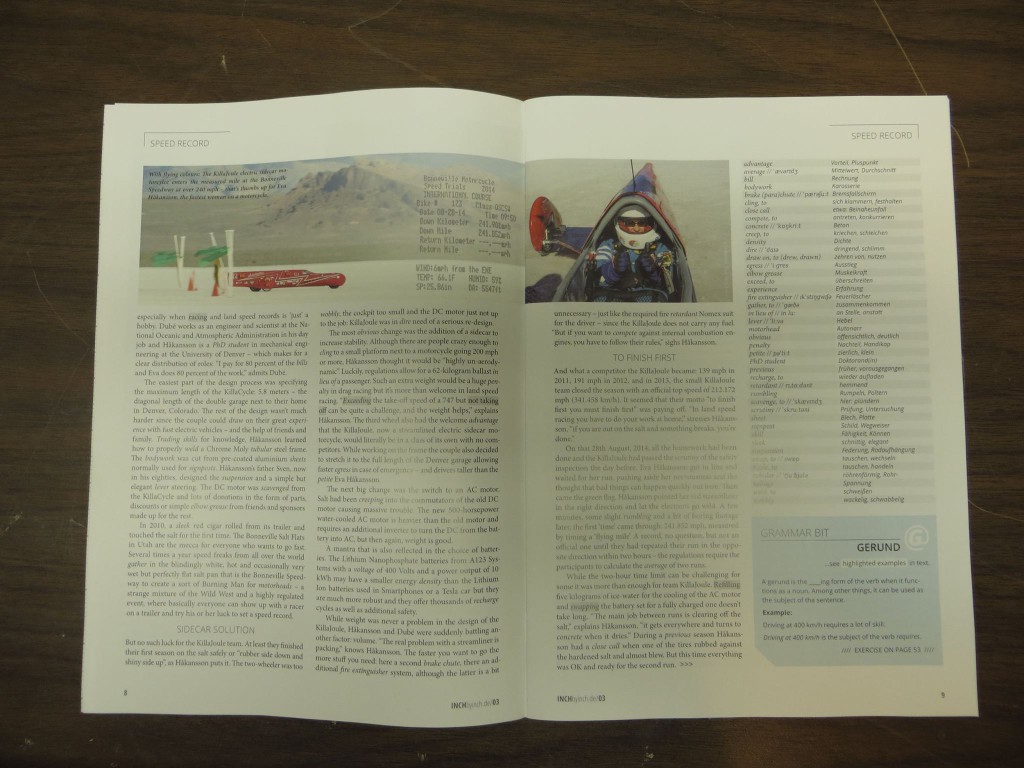 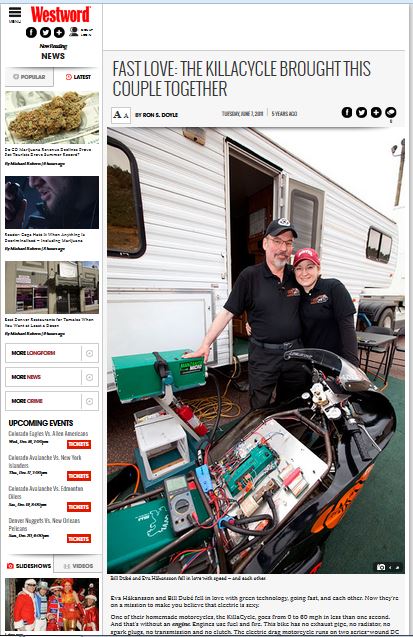